This Town Is Full of Monsters is a tabletop storytelling/roleplaying game about a smallish community beset by mysterious, eldritch forces. There’s always a Town. There are always townsfolk. And, somewhere, everywhere, perhaps in their hearts and minds, perhaps in the swamp or the woods, there are monsters, mysteries, and secrets. If you want to build a Twin Peaks/Stranger Things/Life is Strange/Donnie Darko type story and/or world with the help of a couple of friends or friendly strangers, this game may well be a good fit for you.

This game works well with 3 to 6 players, but can scale in either direction with a bit of adjustment. It is a game about making stuff up and trying to collaboratively piece together something that sort of resembles a semi-cohesive supernatural drama or melodrama out of all sorts of narrative bits and bobs.

It is diceless, GMless, and fairly free-form. It also has a map-making/murder-board-making component and encourages players to seek guidance from Oracles of their choice (Tarot cards, coffee grounds, runes, or whatever works for you).

Note: This is the "ashcan" or "early access" release of the game. The available version is considered complete and fully playable, but may still have a typo or two. It may or may not get further  updates/clarifications in the future, depending on feedback and playtests. If enough people are interested in this game, I may also add extras down the line, but extras are just that.

Aside from all of the above, the main difference between this version and a hypothetical "final" version of the game is that this one  does not currently have illustrations. It may seem ironic that I release all my ashcans without illustrations, what with my having a formal degree in the visual arts and all, but it's actually not ironic at all, as it turns out. You see, I have some pretty intense issues with perfectionism, and those issues become a lot more prominent when it comes to visual art in particular. It's easy for me to obsess over it to the point of paralysis. Because visual art, while objectively very time consuming and labor intensive, is  utterly non-essential to making a functional pen-and-paper / tabletop role-playing game, I've come to the conclusion that it's better to release the actual text of a game when I think it's ready. If I wait to release the text AND the art, I am liable to never release anything at all.

In order to download this storytelling game you must purchase it at or above the minimum price of $3.99 USD. You will get access to the following files:

Support this storytelling game at or above a special price point to receive something exclusive.

Get Some Ally Points

If you're a cishet white person with an annual income of 40k or higher, you're morally obligated to purchase this game at its true cost, 40 American buckaroos, especially if you are willing to uncritically support mid level companies charging similar amounts for PDFs without providing community copies or otherwise making their games accessible to people who can't afford them.

Your contribution will net you 100 Ally Points, applicable towards eventually getting into The Good Place or whatever the heck, and, more importantly, will add 10 community copies to the community copy pool in one fell swoop, so that this game can be accessible to as many humans as possible and I can still eat, drink, and survive. 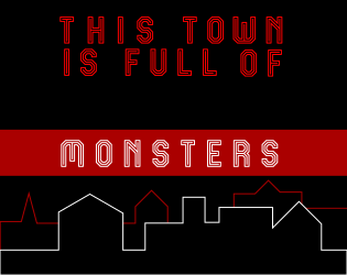