I've been working on this one for the better part of a decade...I figured it was about time to let the world, or a small piece of it, in.

Spiral is a percentile based tabletop/pen-and-paper roleplaying game that was designed to be flexible, accessible, and hackable. It has no default prescribed genre or setting and should pretty much work for whatever the heck you want it to. Spiral is intended to be welcoming to newcomers while also providing enough for veterans to sink their sharp, vicious teeth into.

It features a flexible and open ended character customization and creation system, a d100 based resolution mechanic, and a modular design that encourages players and Narrators to make their game their own. Spiral occupies a middle ground between "crunch" (complexity) and minimalism. It leaves a lot in the hands of the players themselves. If you like more interpretive, open ended systems like FATE and Cypher, this may be up your alley.

Notes on This "Edition"

This version Spiral was originally released an "ashcan" with the hope that additional features (mostly illustrations) could be added if there was enough demand and enough sales. That is still technically true, but I am currently not holding my breath for the illustrations (even if I were to do myself) to become financially viable. Aside from the above, this document is, in fact, a complete, ready to use tabletop role-playing manual. The layout is clean and straight forward, in my opinion, and it's as light on typos as a solo project by someone who moonlights as an English teacher can possibly hope to be. It is not missing any core rules or mechanics and comes in at a healthy 169 pages (not counting the table of contents and such). Read it, play it, enjoy it (hopefully), hack it, do what you want and what makes sense to you.

I wanted Spiral to be as open and accessible as possible while also reflecting the fact that (even if there are plenty of other good generalist systems out there) it is a labor of love, a labor that took a good third of my lifetime, and a thing that I am very proud of making.

The base cost for the PDF is 10 bucks plus whatever else you think is fair or can afford. It is my hope that if you don't utterly hate this game and can afford to give more, you will. No worries either way (unless you're cis, white, and make over 40,000 USD a year: see below).

If you can't quite afford the 10 bucks (trust me, I've been there...in fact, I'm there right now), but you really want to check this game out and maybe even make something of your own using Spiral as a framework, please don't be afraid to reach out and I'll be happy to accommodate.

Patreon backers will, of course, receive the PDF as a reward for their patronage, as is the case with all of my commercial products, past, present, and future. (Cis white Patreon backers with an annual income of over 40,000 USD ARE exempt from the requirements outlined in bold below so long as they have been or intend to be patrons for a minimum of 3 months).

IMPORTANT: If you are a cis white person with an annual income over 40,000 USD, the game actually costs 100 dollars and no less. Period, no negotiations. Yes, it's a PDF, and yes, it has no illustrations (if it made more money, I'd add illustrations, but as it stands I've no incentive). Yes, I can't stop you from taking advantage of the base price, and I'll probably never know if you do, but YOU'LL KNOW. You'll always know that you stole $90 from a marginalized human living in poverty. Whether or not that's something you and your fascist masters are actually pleased with is between you and whatever twisted, eldritch demiurge you've chosen to pledge your wretched soul to. This is not a joke. I may choose to revoke this requirement in the future, but it is in place so long as this message is on this page, and you are soul-bound to follow it or bear the dark mark of shame upon your very essence for eternity.

In order to download this tabletop rpg you must purchase it at or above the minimum price of $10 USD. You will get access to the following files:

Support this tabletop rpg at or above a special price point to receive something exclusive.

Get Some Ally Points

If you're a cishet white person with an annual income of 40k or higher, you're morally obligated to purchase this game at its true cost, 100 American buckaroos, especially if you are willing to uncritically support mid level companies charging similar amounts for PDFs without providing community copies or otherwise making their games accessible to people who can't afford them.

Your contribution will net you 100 Ally Points, applicable towards eventually getting into The Good Place or whatever the heck, and, more importantly, will add 10 community copies to the community copy pool in one fell swoop, so that this game can be accessible to as many humans as possible and I can still eat, drink, and survive. 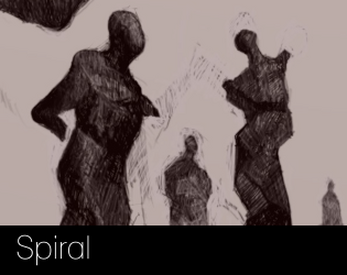